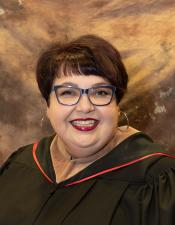 Amy has been teaching music and theatre at BCC since 2002. She received her Bachelor of Arts from Sonoma State University and her MFA from The University of Nevada, Las Vegas. Before teaching, she worked as a professional actor, having done various summer theatre productions, regional theatre, and a national tour. Since moving to the High Desert, she’s performed in local community theatre, including Mrs. Todd in Monkey, Monkey, Bottle of Beer… , Costanza in Enchanted April, Mrs. Tottendale in The Drowsy Chaperone, Carol Strong in Catch Me if You Can, and Mama Rose in Gypsy. Amy also directs the College Choir and Chamber Singers at BCC. 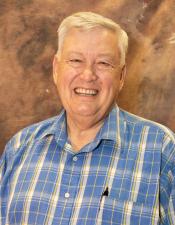 I am a fourth generation native of San Bernardino city. My father, grandfather and great-grandmother were all born in San Bernardino. I moved to the Morongo Basin (Joshua Tree, 29 Palms) in 1983. I have a Bachelor’s degree in music from San Diego State University and a Masters in Secondary Education and Musical Theater from California State University, San Bernardino. I began teaching elementary, Junior High and High School instrumental and vocal music in 1980. I was the band director at YVHS from 1984 to 1988 and then again from 1996-1997. I also taught at La Contenta JHS from 1996-1999 before entering the non profit world as executive director of the Hi Desert Playhouse, Morongo Basin United Way, Armed Forces YMCA, Hi Desert Medical Center Foundation and the Morongo Basin Adult Health Services.
From 2003 to 2016, I served on the Morongo Unified School District Board of Trustees but had to resign because I moved to Barstow with my Fiancé. We married on Oct. 22, 2016. I have been a member of the Joshua Tree Rotary Club since 2003, served as club president twice and was the Morongo Basin Rotary Assistant Governor for 2013-14. I am now a member of the Rotary Club of Barstow (since August of 2016). I teach a live class of "The History of Rock n’ Roll" as an online course. This is my 20th semester of teaching Rock n’ Roll and I love it. In my Theatrical career, I have directed and/or musically directed more than 50 productions and ran a Children's theater program for 17 years. I am proud to be associated with the Barstow Community College Performing Arts Center and look forward to bringing many new productions and events to share with this wonderful community. 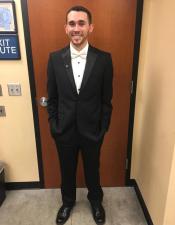