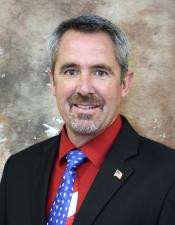 Paul Wilkey and his wife Dannie have been married since 1990 and have raised four wonderful children. Trustee Wilkey was born and raised in Barstow and has always had a mindset to make a difference in this community. He has over 16 years of experience as a union employee and has owned his own business since 2011. He is an active member of the community assisting on several committees, coaching youth sports for over 16 years, active church member for over 30 years, Chamber of Commerce member, and has served as a Director on the Barstow Heights Community Services District Board for 4 years.

Trustee Wilkey is committed to increase enrollment, expand athletics, and encourage all to “Dare Greatly.” 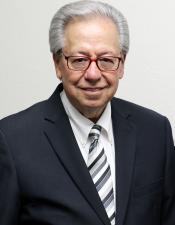 Fernando (Fred) Baca has served the Board of Trustees for the Barstow Community College District since 1995.

A small business owner of Barstow Office Supply with his wife, Sandy, President Baca has been a resident of the community for more than forty years. He attended Barstow Community College as did four of his six children.

Mr. Baca continues to play an active role in civic and community affairs as a member of the Barstow Area Chamber of Commerce and founding member and past president of New Hope Village. He’s a former member of the Mojave Valley Volunteer Hospice, the Optimist Club of Barstow, and the YMCA of Barstow. He was bestowed the honor of Man of the Year in 1994 and Small Business of the Year in 2006 by the Barstow Area Chamber of Commerce. 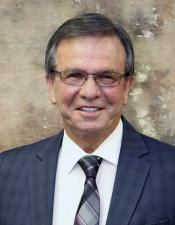 Dr. Ted Baca has served on the Barstow Community College Board of Trustees since 2005 and has twice served as  Board President. A graduate of Barstow High School, he went on to earn a BA and MS in Biology from New Mexico Highlands University and a PhD in Health Sciences and Biology from the University of Oregon.

His entire Community College career was spent at Barstow College where he served in the capacity of Executive Vice President of Academic and Student Services, Vice President of Academic Affairs, Professor, Athletic Director, Division Chair and coach.  During his tenure at the college, he was named both Teacher of the year and Administrator of the year and was the recipient of the College President's Award.

At New Mexico Highlands University, Dr. Baca has been honored as a Distinguished Alumnus for his outstanding career commitment to Education and to community service and has been inducted into the University's  Athletic Hall of Fame for his athletic accomplishments. In his professional career, he has been granted fellowships for his scholarship by the National Science Foundation, the National Institute of Health and the Ford Foundation.

Dr. Baca is a strong advocate of community service and has voluntarily served with a number of organizations.  He is committed to empowering people through education and firmly believes it is one of society's highest callings. 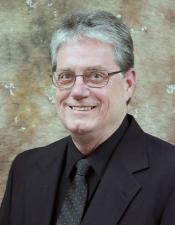 Philip M. Harris has served the Board of Trustees for the Barstow Community College District since 1997.

Trustee Harris graduated from Barstow High School and attended Barstow College for one year prior to transferring to San Diego State University.  He completed his studies to receive a bachelor’s degree in business management with an emphasis in accounting.  He is the current owner of a sports lounge in Barstow. 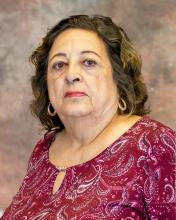 Carmen Hernandez was born in Rio Piedras, Puerto Rico. She has been a resident of Barstow since 1965. Carmen has been happily married for 58 years, and has three children, eight grandchildren and three great grandchildren.

She graduated from Cathedral High School in New York City, received an AA from Barstow College, and a BA in Social Sciences and a Master in Social Work from California State University San Bernardino.

Carmen’s background is extremely diverse, having been a county employee for 34 years, retiring as a supervisor for Children and Family Services. She was the first Hispanic Assistant Librarian in San Bernardino County and taught Spanish to first and second graders. She was also a bank teller and business owner. She served as a Planning Commissioner for 7 years in the City of Barstow and Council Member for 8 years. She also served as Chair of the EOPS Advisory Committee at Barstow Community College.

Her interests include traveling the world and experiencing other cultures, gardening and lifelong learning. Carmen has been a community activist for Barstow, volunteering at St. Joseph’s Martha’s Meals and Kiwanis Barstow Crossroads which serves the children of Barstow.

Carmen’s vision for Barstow Community College is that “Everyone has the opportunity to learn”. She feels her greatest accomplishment is not exemplified through the numerous awards she has received but by having a loving family who give her the greatest joy and the privilege of serving the community. 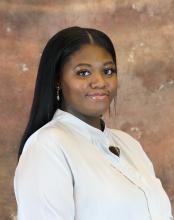 Jeanette Spiller was born in Waukegan, Illinois and graduated from Waukegan High School. She has lived in Ohio, Arizona and now California. She is married to a service member for the United States Army and currently resides on Fort Irwin military base. She also has 2 daughters. She is very family oriented, and many people describe her as very focused, hardworking, and ambitious.

Jeanette is currently attending Barstow College, majoring in Psychology and plans to continue her education further to obtain her Ph.D. in clinical psychology. She aspires to work in military hospitals as a counselor to serve the population of service members who are experiencing difficulty transitioning to civilian life, and or the effects of serving our country.

Before attending Barstow College Jeanette enjoyed a career in banking and owned a modeling agency. Now she owns her second business and enjoys being a stay-at-home mother and student.

Her interests include traveling with her family, trying different cuisines and finding unique ways to enjoy the time she has in California.